A Savannah cat is a cross between a domestic cat and the Serval, a medium-sized, large-eared wild African cat. The unusual cross became popular among breeders at the end of the 1990s, and in 2001 the International Cat Association accepted it as a new registered breed. In May 2012, TICA accepted it as a championship breed.

Bengal breeder Judee Frank crossbred a male serval, belonging to Suzi Woods, with a Siamese (domestic cat) to produce the first Savannah cat (named Savannah) on April 7, 1986. In 1996, Patrick Kelley and Joyce Sroufe wrote the original version of the Savannah breed standard and presented it to the board of The International Cat Association. In 2001, the board accepted the breed for registration.

The Savannahs’ tall and slim build gives them the appearance of greater size than their actual weight. Size is very dependent on generation and sex, with F1 hybrid male cats usually being the largest.

F1 and F2 generations are usually the largest, due to the stronger genetic influence of the African serval ancestor. Most first generation (F1 Savannah Cats) will possess many or all of exotic looking traits, while these traits often diminish in later generations. Male Savannahs tend to be larger than females.

Early-generation Savannahs can weigh 14-25 pounds, with the most weight usually attributed to the F1 or F2 neutered males due to genetics. Later-generation Savannahs are usually between seven and 15 lbs. Because of the random factors in Savannah genetics, size can vary significantly, even in one litter.

The coat of a Savannah should have a spotted pattern, the only pattern accepted by the TICA breed standard. The spotted pattern is the only accepted pattern because it is the only pattern found on the African Serval Cat. Non-standard patterns & colors include: Rosetted, marble, snow color , blue color, cinnamon color, chocolate color, lilac(lavender) and other diluted colors derived from domestic sources of cat coat genetics. These nonstandard colors should be placed as pets only to be culled out of the gene pool.

Domestic out-crosses from the early days in the 1990s have greatly impacted the breed’s development in both desired and none desired traits. As of 2012 most breeders perform Savannah to Savannah pairings, using out-crosses is considered less than desired. The domestic out-crosses for the Savannah breed that are permissible in TICA are the Egyptian Mau, the Ocicat, the Oriental Shorthair, and the Domestic Shorthair.

Outcrosses that are “impermissible” according to the TICA breed standard breeds include the Bengal and Maine Coon cats. These impermissible breeds can bring many unwanted genetic influences. Outcrosses are very rarely used as of 2012, as many fertile savannah males are available for studs. Breeders prefer to use a Savannah with the serval to produce F1s, rather than a non-Savannah breed in order to maintain as much breed type as possible.

A Savannah’s exotic look is often due to the presence of many distinguishing serval characteristics. Most prominent of these include the various color markings; tall, deeply cupped, wide, rounded, erect ears; very long legs; fat, puffy noses, and hooded eyes. The bodies of Savannahs are long and leggy; when a Savannah is standing, its hind-end is often higher than its prominent shoulders. The small head is taller than wide, and it has a long, slender neck. The backs of the ears have oceli spots, a central light band bordered by black, dark grey or brown, giving an eye-like effect. The short tail has black rings, with a solid black tip. The eyes are blue as a kitten (as in other cats), and may be green, brown, gold or a blended shade as an adult. The eyes have a “boomerang” shape, with a hooded brow to protect them from harsh sunlight. Ideally, black or dark “tear-streak” or “cheetah tear” markings run from the corner of the eyes down the sides of the nose to the whiskers, much like that of a cheetah.

Savannah cats will follow their owners around, can be trained to walk on a leash, and will even wag their tail when they are excited or happy.
Properly socialized kittens will grow up to be very friendly and sociable cats. They are very great with children and other cats and dogs. Savannah cats love to play with water. Some even enjoy showering with their owners. They can swim and play in water all day, but be ready for some mess. Many Savannahs prefer splashing around in water over other toys.
Savannah cats love to cuddle and are very playful. They can entertain their owners for hours and will even play fetch.

They can hiss like a snake, but this is the way how they talk. The Savannah cats are very addicted to the owner and if rehomed, may never adjust to the new family. That is why you have to make perfect decision before you will get your Savannah kitten and be ready to spend long life with your new family member.

​More information about hybrid cats can be found here: 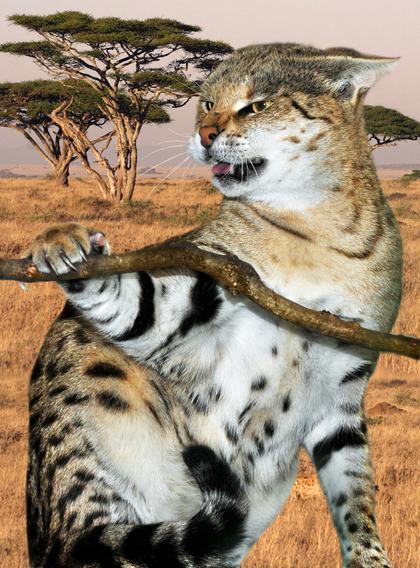 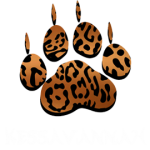